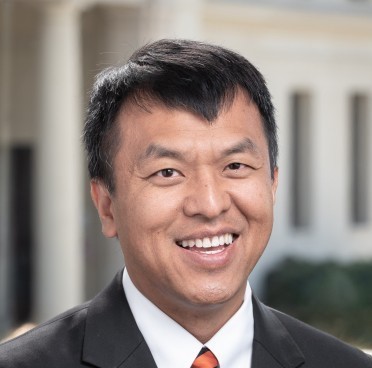 An Advocate for International Development and Independence

To honor our 40 years, we're celebrating our most valuable resource - our alumni - through 40 profiles highlighting their leadership. Sophal Ear completed the 1994 Junior Summer Institute at Princeton. In 2016, he received PPIA's Reverend Clementa C. Pinckney Achievement Award for Extraordinary Leadership in Public Service.

Sophal Ear embodies the values of truth, competence, and understanding. He arrived in the US at age 10 with his 4 siblings and mother. Having escaped from Cambodia and lived through the effect of forced labor camps on his own father, Sophal has a visceral understanding of the value of freedom.

﻿Having been a participant in Princeton's Junior Summer Institute, he was able to continue his quest for truth within higher education and eventually earned his Ph.D. in Political Science at the University of California, Berkeley.

Sophal has a message to voice and has utilized numerous platforms on which to do so. He has authored books, been published in journals, given TED Talks, quoted in prominent news outlets, and even narrated a documentary.

His personal story is one of “justice for history and accountability for future” and a beacon that shines a light on his deeper message which is one of independence and true freedom.

“It’s one person’s unique story that represents many others.”

Sophal is a tenured Associate Professor of Diplomacy & World Affairs at Occidental College in Los Angeles and teaches about political economy, security, development, and Asia. Previously, Sophal Ear was the Assistant Professor of National Security Affairs at US Naval Postgraduate School where he taught how to rebuild countries after wars.

He not only contributes at the university level but was elected to the Crescenta Valley Town Council for two consecutive three-year terms. He has consulted for the World Bank and been an Assistant Resident Representative for the United Nations Development Programme in East Timor.

A former Term-Member of the Council on Foreign Relations, TED Fellow, Fulbright Specialist, Young Global Leader alumni of the World Economic Forum, he also serves on numerous boards and councils, in multiple organizations, and on behalf of a variety of programs. Based on his ability to engage students, remain involved on campus and in his community and for the passion of his subject, Sophal Ear was chosen in 2015 as one of the 40 under 40: Professors Who Inspire.

“I’ve been fortunate, and to whom much is given, much is expected."

He was also honored for his professional integrity, concern for social justice, and humanitarianism with the Tobis Medal by the Ethics Center at the University of California, Irvine. Previous winners have included former President Barack Obama and former First Lady Michelle Obama.

We celebrate you, Sophal, for building awareness around what creates a strong and healthy economy. Your understanding of the systemic challenges within least developed countries carries both depth and compassion. The message you share is one of empowerment and human potential. Thank you for your knowledgeable voice!